Here is what +John Maxwell says on ATTRACTION:

Have a happy prosperous new year!

Posted by Mandy Lender at 10:56 AM No comments:

THREE PREDICATES OF THE LAW OF ATTRACTION


Three predicates to remember about the Law of Attraction.


First - the Law of Attraction is involuntary and incessantly creating.
It happens all the time in the human mind.  We humans always think; one way or another, good or bad, consciously or unconsciously, while we are awake or during our sleep.  We make ceaseless mental selections for good or for bad that manifest in our lives.


Second - the Law of attraction creates and manifests in our reality with minimal time delays.
If there seems to be a time gap from mental conception to empiric manifestation, it is caused by our mental doubts and disbeliefs.  Quoting William Shakespeare: “Our doubts are traitors that make lose the good we are fearing to attempt.”  Take note that the concept of delay is a relative time-concept.  It is a matter of human perception of time.  A delay of 100 years is a tiny blip in the chronology of our green and blue planet Earth, or in the chronology of the universe.

www.mandylender.wordpress.com
www.visionofhabakkuk.com
Posted by Mandy Lender at 3:47 PM No comments:

THE SELF-PRESERVING LAW OF ATTRACTION

Here is a bold concept to ponder: The Law of Attraction is selfish.


But argue you will.  You cannot stay neutral.


The Law of Attraction is selfish in that it acts in the manner it acts and by doing so it preserves itself.


You must maintain an open mind to understand the statements above.


This self-preserving nature of the Law of Attraction explains why it was noted by people three millennia ago.


Once you feel in agreement with the explanation above you will also realize how the Law of Attraction is selfishly self-preserving by favoring those folks who live in alignment with its framework.


Importantly, the Law of Attraction provides evolutionary advantage to those persons who innately understood how to benefit from it.


To learn more on how the Law of Attraction operates visit:

Posted by Mandy Lender at 8:14 AM No comments:

THE FIRST DEMONSTRATION OF THE LAW OF ATTRACTION 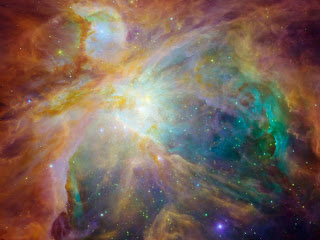 Let there be light; and there was light (Genesis 1:3)
Courtesy of NASA.  A Hubble telescope photograph,titled Chaos in Orion
Thou shalt also decree a thing and it shall be established unto thee:
And the light shall shine upon thy ways.
Job 22:28
The photograph above and the legend below it demonstrate the earlist manifestation of the Law of Attraction recorded in the human experience.﻿
Posted by Mandy Lender at 6:24 AM No comments:

Email ThisBlogThis!Share to TwitterShare to FacebookShare to Pinterest
Labels: "Law of Attraction", "Mandy Lender MD", Chaos in Orion, let there be light

George Beverly Shea is a Master Attractor.
Bev Shea as he is affectionately known, was born on February 1, 1909.
Shea is one of the original Team members of Billy Graham Evangelical Association from its early days and a member of Billy Graham’s mastermind alliance.
George Beverley Shea is a gospel singer whose art and reputation blossomed while singing solo during the crusades.    Bev Shea sang in the second Graham crusade (1947), in the Old Armory in Charlotte NC.
Shea wrote 500 songs.
He is a twice Grammy Awards winner.
He is cited in Guinness Book of Records as a singer who sang in person to most people ever.  His life time live audience is estimated at 220 million people.
Shea authored four books and received two honorary doctoral degrees.
His authorized biography, George Beverly Shea: Tell Me the Story, by Paul Davis was published in 2009.  This book is now a collectors’ item.
Beyond all his humanly achievements, George Bev Shea has attracted good health and longevity.  Today is his 103 birthday.
George Beverly Shea - a legendary Master Attractor. 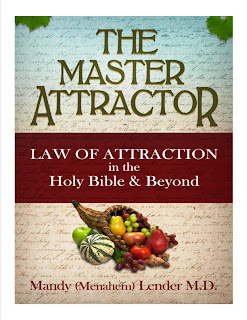 The Master Attractor (C) is published by Intermedia Publishing Group of Phoenix Arizona. 2012.
(C) 2012 Mandy Lender MD
Posted by Mandy Lender at 8:09 AM No comments:

In my book "The Vision of HabakkuK. The Law of Attraction in the Holy Bible" (2010), I described MLK attributes as a great attractor.
Here is the quote of the passage:


"On August 28, 1963, the Reverend Martin Luther King stood on the steps of the Lincoln Memorial in Washington DC and orated his historical speech, “I Have a Dream”.  The speech gave the impetus for the Civil Rights Legislation by the U.S. Congress.  Dr. King also said: “I have a dream that my four little children will one day live in a nation where they will not be judged by the color of their skin, but by the content of their character”.  Today, two young black girls are residing in the White House in Washington DC as members of the First Family.  It took the will and power of millions of Americans grouped together to make this dream a reality.  While the man is gone, his vision endures and expands in present reality.
Such is the power of a visionary declaration of a dream to change a nation."
p. 12

Albert Schweitzer demonstrated that every useful life is a ministry.
He was a Master Attractor.


Albert Schweitzer was born on January 14, 1875.  Albert Schweitzer would have been today 137 years old.
He was a prodigy from his youth.  By age thirty he earned doctoral degrees or its equivalent in the areas of Theology, Philosophy, Musicology and Medicine.
Schweitzer was a son of a protestant pastor in Alsace on the border between Germany and France. After graduation from high-school his education continued simultaneously in theology, philosophy and music at the same time period.  His studies in theology, philosophy and musical theory took place at the University of Strasbourg (1893-1898).  He first became an ordained pastor and then earned his higher degree in theology.  He was awarded a PhD degree in philosophy for his work on the religious philosophy of Kant (1899).  During summer breaks he studied music and playing the organ in Paris with a great organ player of the time (Widor) and wrote a book on the renowned French musicologist Eugene Munch.


After realizing his graduate scholastic achievements, Schweitzer continued to study and write on theological subjects.  His writings involved the history, teachings and meanings of the works of Jesus and Paul of Tarsus and he also wrote on the Buddhist and Hindu religions.  As an organ player he gave public concerts and became a prime interpreter of J.S. Bach musical works for organ in Europe.   He eventually wrote a major text on J.S. Bach and wrote a book on the art of construction of church organs that is relevant to the present day.
As a man of a towering intellect, Schweitzer was inspired to live a higher life of service to humanity.  At age 29 he decided to study medicine in order to serve as a missionary physician in Equatorial Africa.  He found that in Gabon where there is a lack of medical care and decided to serve there as a physician.

Albert Schweitzer studied medicine at the University of Strasbourg during the years 1905-1912.  He then married his wife who was a nurse.  In 1913 he graduated with an MD degree.


Together with his wife, friends and assisted admirers Dr. Schweitzer embarked on recurring tours of lectures and concerts to raise funds for the envisioned medical facility that he will establish in Lambarene, Gabon.   For this purpose he recruited his friends to help him first raise the funds and then purchase and package the medical supplies needed to provide the care.  In 1913 he departed with his wife on board a ship to West Africa.  They carried the crates with medical supplies and medicines to launch the clinic and build a hospital and a leper village in Lambarene.


Dr. Schweitzer was a prolific writer even in the jungle.  His work in tropical Africa is well documented in his diaries and books that he sent for publication to Europe.  Later the on-going construction and expansion of the medical facility and medical work in Lambarene were photographed and preserved on films.  Under the inspiration of the scenic views in Africa Dr. Schweitzer conceived and wrote his major original philosophical concept known as reverence for life.  He then wrote his major philosophical treatise The Philosophy of Civilization (1923).


Using his books, music recordings royalties, live concerts and lectures’ proceeds he financed in the following 40 years the medical facility in Lambarene.  His fame and moral authority in Europe, U.K. and North America grew and was surrounded by a growing body of followers.  He was honored by numerous universities.  In 1952 he was awarded the Nobel Peace Prize.  Dozens of institutions - schools, hospitals, colleges and societies are named after him.


Dr. Albert Schweitzer demonstrated in his life-work and legacy how to harness the Key Concepts of the Law of Attraction.


·      Albert Schweitzer had a vision.  He took action to manifest his vision - working on it - throughout his life.


·      Dr. Albert Schweitzer put his vision in writing, published in over two dozens of books and recorded music.


·      Schweitzer was a great communicator and speaker.


·      Dr. Schweitzer developed through his growing circle of friends and supporters - a master-mind alliance.  His friends and followers enabled him to raise funds in Europe and U.S. to sustain the medical facility.


·      His humanistic approach of reverence for life - regardless of ethnic and national differences - is an inclusive principle.  His medical facility treated very sick folks with tropical diseases without discrimination.  The practice of inclusivity attracted people, volunteers and materiel in support of the now world-famed initiative.

Posted by Mandy Lender at 5:19 PM No comments: